Another success: 28 members attended January's Zoom meeting. People checked in from Mexico and Comox as well as Salt Spring and nobody had to drive home in the dark.
Pierre welcomed two new members, John Lancaster and Uschi Hopping. Uschi has posted one of her…

An advert came up that Topazlabs.com has a sale on for the next 14 days.  They must have heard the discussion on Zoom tonight!  I won't post the link because it was on FB.

MESSAGE FROM THE CLUB PRESIDENT (2020)

A letter posted in early…

Photographic Exhibitions in the Time of COVID (2020/21) 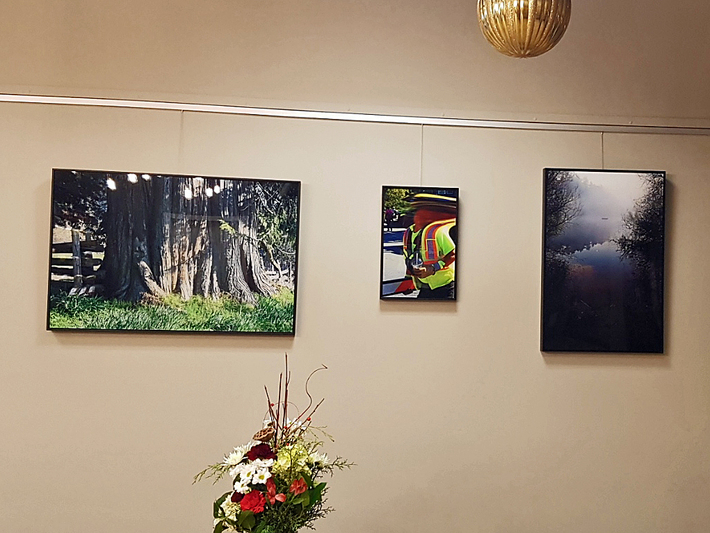 I would like to restart meetings.  I say that without knowing:

1. With social distancing of 2 metres, what is the capacity of the Harbour House room?

2. What is the normal attendance at a club meeting?

I am willing to assist helping arrange the room with proper social distancing and with putting chairs away.  I am also alright with wearing a mask…

Take care of yourselves.

Missing our meeting and coffee get together.

Take care of yourselves and we will see everyone when this is over.

Pierre opened the meeting at 7pm. 3 new members introduced themselves; JusteneTedder (who has been taking lots of photos in Africa ), Mahmoud Ray Abras (who is already posting on the website; check out his raindrop photo) and Ellen Vesterdal. Usha, not yet a member, was also present.

Exhibits:  Pierre has some canvas photos at Embe Bakery Sandwich shop and the Group of Six are still showing at Fernwood Cafe (new photos now) until the middle of March.

Pierre presided and welcomed 3 members of Photosynthesis to the meeting - Amy Melious, Alane Lalonde and Kristina Heineman. Lois introduced her husband Ted to the Club.

We ate, drank and chatted and then held a short meeting followed by a slide show of our 'Wildlife in our backyard' photos.

Wendy addressed the January Lobby Show at Artspring. The show will be hung on Monday January 6th. Bring your photos to Artspring that day between 9.30am - 11am. Two photos per person… 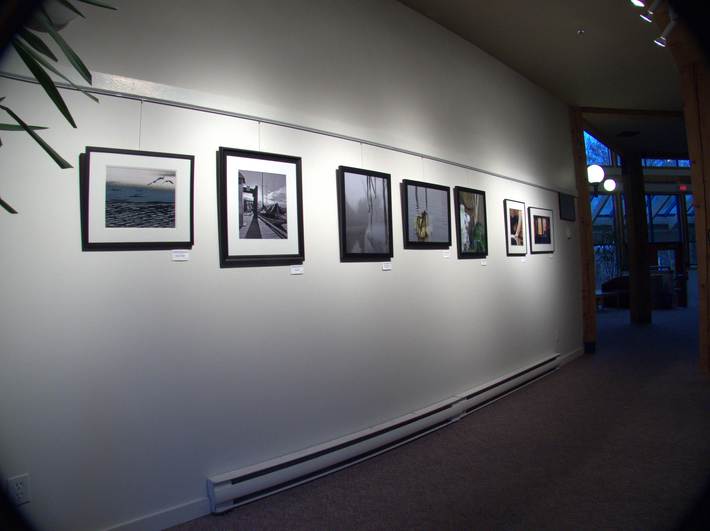 Pierre welcomed  Emma, a German student from Stuttgart, who had come with Jan Steinman to the meeting.

Shows:  Pierre is still showing photos at Embe Bakery sandwich shop and asked if anyone would like to replace him. There is room for 5 or 6 11" x 14" framed photos. Please contact Pierre if you are interested; pierre.mineau2@gmail.com

The Group of Six are showing their work at Fernwood Café with an opening on Sunday Nov17th from 2pm - 4pm. Everyone is…

As most of you know, members of our club normally hang at the Country Grocer Café every other month. It's a pleasant venue with lots of exposure.

This is our current 2020 schedule:

Pierre was away in Washington DC talking to Congress -  about ecology, we think. Avril hosted the meeting with her usual grace and humour.

The Club members who were present thanked Judy, Ross and Kahsia for all the hard work they put into the Fall Fair photography section.  Kahsia, in turn, thanked all the club volunteers who helped over the weekend. It was very successful and had more photo entries than other years. Simon was one of the judges, putting in 10 hours at least, and many…

Pierre welcomed two new faces; Pat McMahon, a retired architect, has been on the Island for two years and uses her I-phone to take pictures and enjoys manipulating the images with aps. Ellen Vestigal had heard about the Club just hours before the meeting whilst submitting photos for the Fall Fair. She has been on the Island for 8 days and is married to the new minister of the United Church.

Kahsia is showing bird images at the…

Pierre was off gallivanting around the world somewhere so Avril opened the meeting in his absence. No new members but some old faces attended. Trudy  Sloan stayed…

Kahsia and Bruce McPhee tied for first place for their hummingbird and Deer (Taste Test)  photos.

Kim Stewart came second for her Seahorse (the old tugboat) at Dawn image.

Simon came third for his 'On Guard' image of an owl blended into a rocky shoreline.

Pierre welcomed the Club's newest member, David Tabb, who lives in California and Salt Spring - 6 months in each.

Photofest: -  Wendy reported that all the venues and the photographers are on the Photofest website. Jana has worked on a map that is now up, showing the 35 participating venues. Pierre suggested that in coming years we could work on a passbook and a stamp. Everyone is encouraged to visit the sites.

I have some mats and frames that I"m not going to be using. All still in original packaging.

Minutes for May meeting

Shows:   Bernadette is showing mixed media work about the clear-cut logging that happened last year near Beddis Road, a subject close to her heart.

A bench to commemorate Bob Rogers was installed on the dock by the float plane shelter in Ganges. A small ceremony took place on the dock on Saturday and Photoclub members and Bob's uncle ate and drank and took photos of each other sitting on the bench. This bench will be much enjoyed by people who can now wait for their plane…

A bench for Bob

Bob Rogers' family wanted a memorial bench to be installed somewhere on Salt Spring. The perfect spot has been found, down on the dock in Ganges where the sea-planes come and go. Bob used to love taking photos of these planes and now fellow photographers and travellers will have a place to sit in the sun while waiting for their plane ride or contemplating the perfect shot. Wendy has, of course, been instrumental in making this happen and it is going to be installed today, Thursday 9th, at…