I get a kick out of modifying and creating new and unusual bits of photo gear. This is something that drew me to µ4/3rds, with it's tiny register distance and the ability to use lots of different adapted lenses.

I've modified a Nikon PB-4 tilt-shift bellows to work directly with µ4/3rds, which reduces the register distance and better supports the use of wide-angle macro lenses.

I often remove little bits of lens mounts and such that manufactures put there to keep you from putting other little bits with them. 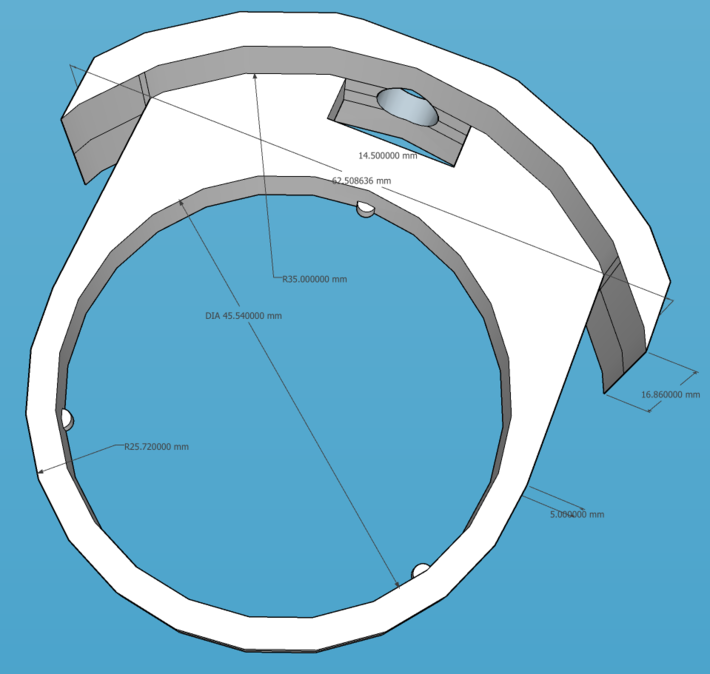 My current project is to use 3D printing to make internal filter holders for the magnificent Olympus OM Zuiko 350mm ƒ/2.8 telephoto. Most used lenses only come with one such holder with a UV filter in it. No standard filter fits, and extra holders appear to be made of unobtanium. So I'm planning to make filter holders and permanently attach various things to them, like neutral density and infra-red filters.

Also on my too-long project list is to make a motor-driven bellows, so one can automagically do focus-stacking with ordinary lenses. But like so many projects, I have all the parts I need, but not the time to hook them up…

My Dad, a painter/decorator, had a photo business on the side, and as soon as I was tall enough to get my hands in the stop bath, I was in the home darkroom. At about five years old, my first camera was a single-shot Kodak, which you were supposed to send into Kodak for processing and re-loading, but which we processed ourself, and then re-loaded in the darkroom.

When Dad outgrew the "Made In Russia-Occupied Germany" Praktika SLR he brought home from military duty in Europe, he bought a Sears SLR with two lenses, and I got the Praktika as a hand-me-down. I used it on our high school yearbook, and was editor of the high school paper, and got a "full ride" scholarship to our local junior collage, serving as newspaper editor as I began a major in Photojournalism.

Then it came time for a summer job. I applied to the local newspaper for the position of Photographer Assistant. But I had also cultivated an interest in electronics, getting my ham radio license and fixing (or at least, trying to fix) broken radios that Dad would occasionally bring home from his painting clients. So I also applied for a job as an Electronics Technician Trainee at a local communications shop. One job came through, the other didn't, and that began a diversion out of photography and into engineering.

But like my Dad, I always had a something going with photography, doing a little free-lance photojournalism and volunteering as editor-photographer for non-profits. I also served as photographer for the 1980 Winter Olympics Nordic Ski Patrol, in Lake Placid, New York.

My Praktika was stolen on a 1975 cross-country bicycle trip, and in 1977, I bought my first new camera, the Olympus OM-2, with the OM Zuiko 75-150mm ƒ/4 Zoom and the Quick Auto 310 flash. The OM-2 was the world's first "off-the-film" automatic exposure camera, and the Quick Auto 310 was the world's first "off-the-film" automatic flash.

In 1997, I got tired of software engineering, and decided to return to my photographic roots. I had a two-pronged approach: going on the art festival tour as a fine-art photographer, and doing high-quality fine-art reproductions and marketing collateral for other artists. I also taught Photoshop and general photography.

I was a pioneer in digital photography. When I worked at Tektronix Computer Research Laboratory in the 1980s, we'd pry the lids off DRAM chips, focus images on them, and read-out and display the results! My first digicam was the Apple QuickTake, one of the first consumer grade digital cameras. It could hold sixteen images of 640 x 480 pixels!

I've been an Olympus fan since 1975, attracted by their technological edge, their compact, light-weight construction, and high build quality. I've stuck with them since, even through the "dark days" of the oversized and heavy 4/3rds system.

But with the OM-D line, Olympus has returned to its roots of tiny, jewel-like cameras, with much attention to ergonomics. When I first held my E-M1 Mark II, everything just clicked. The love is back!

You need to be a member of SaltSpring Photography Club to add comments!